Whether your business is dealing with companies at home or abroad, you are well aware you will probably have to face some outstanding debts which represent a considerable financial risk. Such risk can be even higher when the debtor is based abroad due to the different policies and laws about debt recovery in each country.

With reference to British legislation, UK debt collection procedure normally starts with an out-of-court phase, where most matters are settled without any court claim. On 1st October 2017 the Pre-action Protocol for Debt Claims came into force: it has introduced important changes to the steps businesses are required to take when seeking to recover debts from individuals and sole traders.

At first, it may be useful to contact the debtor by telephone informing about the delinquent payments and asking for the reasons that possibly justify the delays in settling the outstanding invoice(s).
Following the calls, it is advisable to send the debtor a written demand letter which details the total outstanding amount inviting to settle it within a reasonable time-scale. It normally also provides that in case the debtor fails to make the payment in such timeframe an immediate legal action will be started with further costs for the debtor.

In case the debtor fails to meet the agreed deadlines it is advisable to instruct a law firm which will carry out a preliminary due diligence in order to collect all the information and to check the current situation of the debtor. Indeed, it is fundamental to understand if the debtor’s asset will be able to cover the debt before starting a legal action. Alternatively, it could be worth to reach a settlement at this stage to encourage your customers to settle their outstanding saving court fees and further costs.

Our debt collection team is very skilled to handle your case and will advise you on the best strategy to resolve the matter cost effectively and rapidly.

If the debtor is not cooperating during the preliminary phase, despite your efforts to settle it, before starting the consequent legal action, Alternative dispute resolution (ADR) can be the quickest and cheapest way to settle disputes through mediation, in case the debtor is  cooperative and is willing to engage.

In case all the previous attempts did not have the expected impact on the debt collection, it is time to take a legal action through the following options:

In the event of an undisputed claim between the parties – when based within a EU Member State – it is possible to file an application for an European Payment Order (EPO). If such procedure is suitable for your case the creditor is asked to fill a standard form and to submit it to the competent court. Once EPO is issued and served, the defendant is allowed to objection within 30 days. On the contrary, the applicant is able to ask the Court to make the order for payment enforceable. So, the order is now valid and enforceable in any Member State.

Even if this procedure can be really fast and cheap, the EPO is not advisable in case of disputed matters as upon objection of the defendant the procedure is immediately converted into an ordinary civil procedure losing the above advantages.

in the United Kingdom and unlike in the other European countries, petitioning for bankruptcy is not very fast or cheap. Considered as a ‘last resort’ in the debt recovery process, UK bankruptcy procedure takes several months and it is quite expensive. 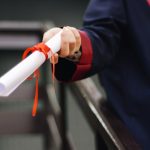 Do you want your Foreign Degree recognised in Italy? Here is some useful information 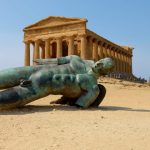 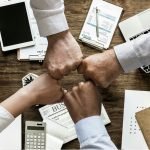 For more information or other