Riccardo graduated in Law at the University of Ferrara, during which he has also gained experience as a “visiting foreign student” at the University of Potsdam and Berlin. He has also completed a postgraduate degree in Tax Law and obtained the title of Lawyer in Italy and Registered European Lawyer with the SRA of London.

At the end of his academic career, Riccardo worked as a Legal Assistant at the European Parliament working between Brussels and Strasbourg.

He was also Head of Institutional Relations at the Law Office of the A.M.G. Energy, managing the relations between A.M.G. Energia S.p.A., the local authorities and the consumer.

Between May 2010 and November 2015, Riccardo has been Head of the Private Clients Department as well as Regional Manager for Spain at the Barcelona office for an international law firm based in London.

He specializes in Estate Planning and Wealth Transfer.

Riccardo is fluent in English, Spanish and German. 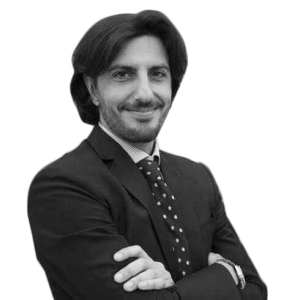